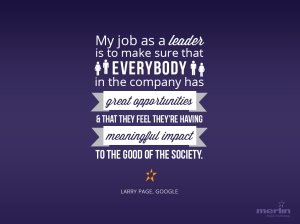 I love the saying above! Larry Page may have been talking about Google employees when he said this, but if you change the word “company” to “school”, I believe this is a perfect saying for educators!  They all want to have an impact for the good of society!  Their principal can help them get there if she/he is a good leader! I only know of  one actual sitting Principal in our family at this moment in time, but we have had many over the years. I want to highlight a few of these special people  for you today!

Our currently active high school principal is Dr. Richard Turner, EdD, principal of  William Byrd High School in Roanoke County, Virginia.  He is our cousin through the Langhorne, Spangler, Omohundro, Stovall, and Turner lines of our family tree.  Richard served as the Assistant Principal at William Byrd High School from 1992-1999, and has been the Principal there since 1999, for sixteen years now! You have to be amazed at his meteoric rise in educational leadership when you realize that he graduated with a BS from Virginia Polytechnic Institute and State University (Virginia Tech) in 1982 and started teaching Marketing Education  at William Fleming High School that very year! In 1987, Richard earned his MS at Virginia Tech, and from 1988- 1992 he served as the Program Coordinator (Supervisor) for the Marketing and Adult Education Programs for the entire Roanoke County Public School System. He went on to earn his Doctorate in Education in 1994 at Nova-Southeasern University.

While that is a good overview of his education and main career focus in the last 33 years, it nowhere near paints a complete portrait of this dynamic man who shares our genes and makes us proud to be related!  Was he only teaching and leading? Not by a long shot!  He is married to the talented Tina Turner who is also an educator! She is the Assistant Principal at Hidden Valley High School, also part of the Roanoke County Public School System in Virginia. Richard has two young adult children from his first marriage and two stepchildren, also young adults. That’s four children whose lives he’s been a major part of during his life, as well as the thousands of student lives he’s touched.

Along with his demanding main career and family responsibilities,  Richard has made his life bloom with other interests and responsibilities as well.  He served as an assistant basketball coach and a head soccer coach along the way.  He taught and coordinated adult continuing education classes as well.  However, his leadership abilities were well-recognized as he served his community in these many different  capacities.He was the chairman of the Blue Ridge District with the Virginia High School League (VHSL) and chaired the VHSL Region 3! He is a past-state President of the Virginia Association of Secondary School Principals (VASSP), and currently sits on the Board of Directors for Region 6.  He rises to super stardom when you realize that he is a current member of the Parent’s Council at James Madison University  where his daughter is a senior, and has served as the past chairman.  He is also on the Board of Directors for the Vinton, Virginia Chamber of Commerce, and serves as the co-chair for the Leadership Council for the Roanoke Valley chapter of the American Cancer Society!

You’d think that would be all any one person could manage, until you discuss hobbies with him!  Richard admits that he loves anything and everything related to Virginia Tech!  Since Virginia Tech is all about the burnt orange and Chicago Maroon, I am trying to honor his enthusiasm  with this post! I can’t imagine where he gets the time, but he likes to golf, is a ham radio operator, , and loves working with old cars and hot rods!  He even has a collection of cars! He raced  alcohol powered karts for many years with the World Karting Association (WKA) and won several track titles!  Can you believe he finds time to serve even now as a part-time crewman for BK Racing on the Sprint Cup Series! For those n the know–his team has 3 cars that compete, #23-Jeb Burton, #26- J.J. Yeley, and #83- Matt Dibennetto!

Can you say Wow! Awesome! Inimitable! Superlative!  Excellent! Yes, Dr. Richard Turner is all of these things! He is also our cousin. Our dna crosses over. He represents us more than well, and like all of our educators, we are so blessed to have him in our family! Thank you Dr. Richard Turner, for who you are, for your accomplishments, and for your gifts to our civilization and society!  We applaud you and are happy to call you family!

DNA has become important in my genealogical research, and as I have written about these educators in our family, I have become even more convinced of its influence on our lives.  Dr. Richard Turner would not, I believe,  deny that dna might have had an influence on some of his talents and abilities as his own father was a stellar educator as well.   I had the opportunity to read an incredible interview of Juel McKay Turner,

Richard’s father, recently, and I believe you might enjoy reading it as well.  Juel was our sixth cousin, and Richard is our sixth cousin once removed, at least for those in my line and my generation.   Juel lived from 1926 to 2011. He taught and served as the Principal of different levels of schools in Virginia for thirty-five years! He served as a Principal when he had to teach as well, had no assistants, no custodian, and had to fill pot-bellied stoves with coal for heat everyday!  In this interview, Juel tells details from his salary, and his duties, to working with staff .  He tells us that right out of college in 1951 he was hired to teach sixth grade and to be the Principal as well, at Patrick Springs Elementary School in Patrick County, Virginia.  For his work, he was paid $2000.00 a year, taking home about  $170 a month, $100.00 of which went for his car!  It is an extremely interesting interview of one of our educator cousins. If you want to read it, and I think you’d love it, you can find it here: http://scholar.lib.vt.edu/faculty_archives/principalship/t/276turner.html

I have three more Principals to  present to you for  our honoring of educators in the family!  They will be included in the next post. I hope you are enjoying learning about the amazing educators in our family as much as I am!  What a talented group of people!