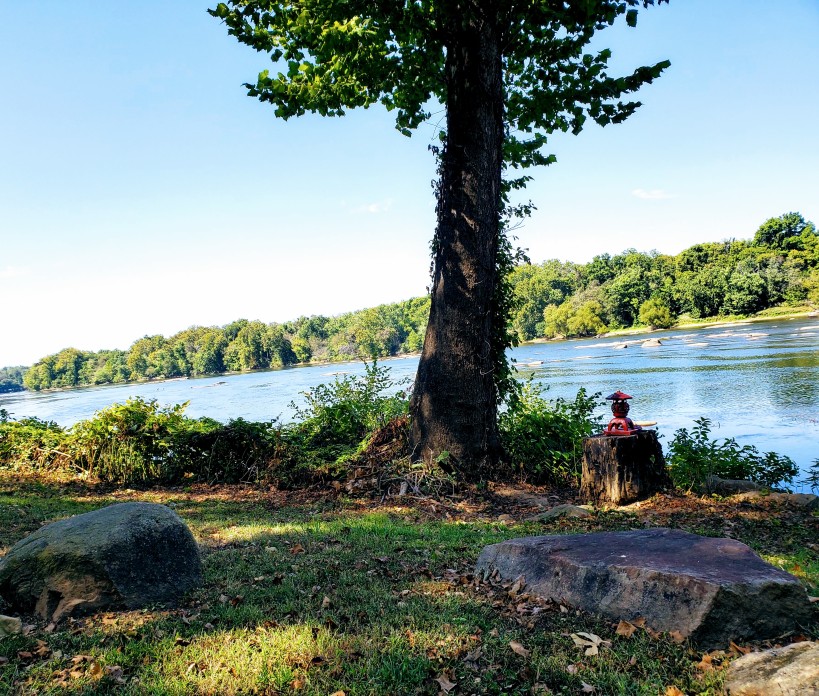 In the last few days, I had the joy of visiting my home town of Richmond, Virginia.  A couple of friends from my youth, Betty S. Conner and Karen Bonner Allen, took me on a tour of our old neighborhoods which included a leisurely roll by the James River–a river that ran through our neighborhoods, our city, and our state. As I gazed at the river, reminiscing with friends, memories swelled within me of all the lifetime moments–adventures, joys and sorrows associated with that beautiful river!

Upon returning home and sharing these thoughts with others, a cousin reminded me of how prominently the James River had featured in the life of our family since the inception of  our country and the Colony of Jamestown!   Wow!  I had not thought of it that way…suddenly my thoughts expanded and encompassed  not only my own life, my immediate family’s life, but my  grandparent’s, my 3rd Great-Grandparents, and all the way back to, yes—the 1650’s when my 8th Great-Grandfather John Langhorne (1642 -1687) born in England, sailed to Virginia. There on the James River he established the Gambell Plantation, east of the Colony of Jamestown.  I grew up on that same James River–only about 60 miles west of the plantation settled by John Langhorne.

This article from Wikipedia gives a great description of the size and scope of the James River:  “The James River is a river in the U.S. state of Virginia that begins in the Appalachian Mountains and flows 348 miles (560 km)[3] to Chesapeake Bay…. It is the longest river in Virginia and the 12th longest river in the United States that remains entirely within a single state. Jamestown and Williamsburg, Virginia’s first colonial capitals, and Richmond, Virginia’s current capital, lie on the James River.”–https://en.wikipedia.org/wiki/James_River

Developing a timeline helped me think about and realize the true scope of the James River’s importance to and influence on my mother’s ancestral family, the Langhornes especially. Our historian cousin, Betty Smith shared her knowledge and insight as to the importance the river served in our family. (read more in former blog post:  https://heart2heartstories.com/2014/12/30/jamestowne-colony-ancestors-20-grandparents-including-capt-christopher-newport-52-ancestors-in-52-wee )

Jamestowne ships, the Susan Constant , the Godspeed, and the Discovery,http://www.dailymail.co.uk/news/article-450916/Tall-ships-mark-400th-anniversary-English-settlement-America.html

Jamestown in the Virginia Colony was founded.  My 9th Great-Grandfather, Capt. Christopher Newport, (1561–1617)  “was an English seaman and privateer. He is best known as the captain of the Susan Constant, the largest of three ships which carried settlers for the Virginia Company in 1607 on the way to found the settlement at Jamestown in the Virginia Colony, which became the first permanent English settlement in North America. He was also in overall command of the other two ships on that initial voyage, in order of their size, the Godspeed and the Discovery.” –https://en.wikipedia.org/wiki/Christopher_Newport

John Langhorne, 1642-1687, my 8th Great-Grandfather and our first immigrant to America in the Langhorne family, settled in Warwick County, Virginia in 1666 with his wife, the former Rebecca Carter of Bristol, England. The family home was known as “Gambell” and overlooked the James River from a plantation of 2,000 acres. (for more reading see blog post re. John Langhorne of Gambell:  https://heart2heartstories.com/2014/07/22/john-langhorne-arrives-in-the-royal-colony-of-virginia-about-1666-and-his-descendants-reunion-next-week-)

Gambell remained the family home for over 100 years in our direct line bringing us to my third Great-Grandfather, Henry Scarsbrooke Langhorne (1790-1854) born at Gambell on the James River.

As the planting of tobacco was no longer as profitable as it had once been, Henry S. Langhorne and his wife Frances Callaway Steptoe (1798-1832) my 3rd Great-Grandparents, moved to Lynchburg, where he established the second largest milling venture in Virginia at that time. Betty Smith shared with us that Langhorne Mills in Lynchburg,  was also known as the Lynchburg Milling Company. It was started in 1831 by brothers Maurice and Henry S. Langhorne, but after a few years, Henry bought out his brother’s share. In the mill they produced different kinds of flour.

Henry never abandoned planting though, and continued to buy numerous plantations in Bedford, Campbell and Amherst Counties. His 13,000 acre plantation located in Patrick County, Virginia was inherited by his son James Steptoe Langhorne, (1822-1905), my  2nd Great-Grandfather.   In 1845, Henry retired and relocated to “Cloverdale”, a 3,500-acre Botetourt County plantation.    Another invaluable source for family history is the book, The Virginia Langhornes, by  my cousin, James Callaway Langhorne, published in 2013 by Blackwell Press in Lynchburg, Virginia–and of course, my cousin himself.

The mill produced specialized flours and shipped their products and tobacco down the James River to markets in Richmond and below, in specially designed, flat bottomed, shallow-drafted Bateau boats. Today, Virginians celebrate the history of the Bateau boats with a festival on the James River every year, which several family members attend.

Betty Smith shares that during the Civil War, Lynchburg had  only one battle with the Union, an attack led by Maj. Gen. David Hunter and his soldiers destroyed the mill’s supplies, the  boats, and tore up what few railroad lines existed.  Hunter’s attempt to capture the city was defeated by forces under the leadership of Lt. Gen. Jubal Anderson Early, my 3rd cousin, 3x removed.  The current mill owner, John Langhorne (1817-1886) and his family used the mill for a hospital for Confederate soldiers.

Fifteen years later, my grandmother Katherine Steptoe Houchins Kearse,  child of Evelyn Langhorne, is sailing the James River with her husband in their boat, “The Lady Jane”. Tragically, their only son of seven children, Thomas Philip Kearse, Jr. drowned in the James River at age 8, in 1922. My mother and aunts talked of “The Lady Jane” and their adventures often and lovingly.  You can read more about  “The Lady Jane” in this former blog post: https://heart2heartstories.com/2014/03/03/thomas-philip-kerse-captains-the-lady-jane-52-ancestors-in-52-weeks/

Another 70 years and I have grown up on the James River, along with cousins, brothers, sister and friends– boating, swimming, fishing, and just nourishing our souls — connecting with ancestors who arrived in Jamestown Colony on the James River in Virginia! No wonder the river speaks to me –it flows through my DNA and is imprinted on my soul! 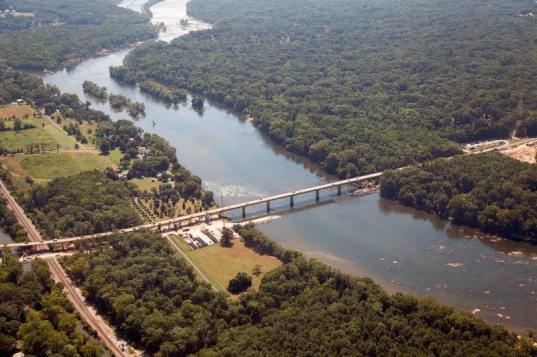 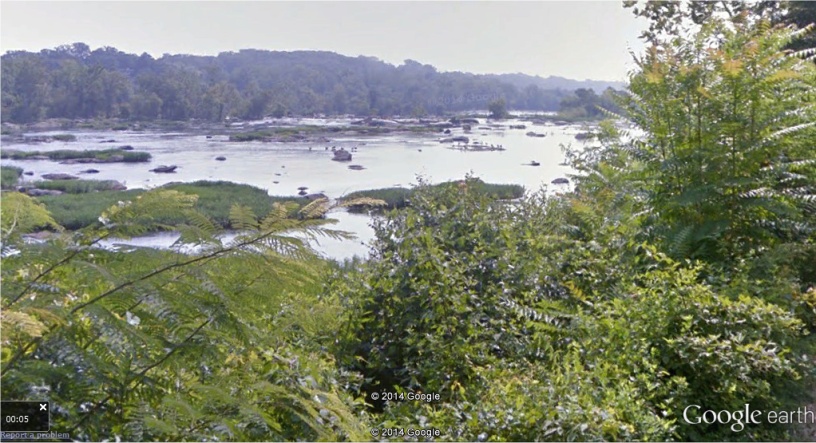 8 thoughts on “The James River of Virginia, Flows Through My Family’s Life–from Jamestown to Present Day”