Lady Astor, Nancy Witcher Langhorne,b. 1879, was recognized as the richest and most powerful woman in the world in the 1920’s and 30’s.! At one time however, her family was poor–almost bankrupt after the Civil War. They lived in a four bedroom home with Mom, Dad, and eight children in Danville, Va.  Her father, whom my mother always knew as Cousin Chillie, Chiswell Dabney Langhorne, went to work with the railroad and made back his fortune. Soon he had built a huge mansion called Mirador near Charlottesville,Virginia,  for his family. 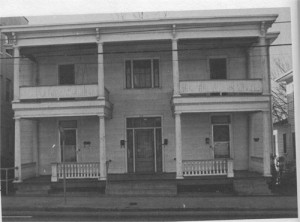 When Lady Astor (1879-1964) was a child, she was an ordinary child it seemed. She played with her four sisters and three brothers like any other child. By her late teen years, she began to show the development of her own drive, courage, and determination. She was only 16 when she accompanied a traveling preacher up into the mountains to help Appalachian children who could not always get to school, learn to read and write . She went even though her family was afraid for her to go. When she returned home, Nancy and her sister Irene were sent to New York to finishing school. At 18 she met and married Robert Gould Shaw II. The marriage ended within four years, amid acrimonious charges on all sides! They had one son named  Robert Gould Shaw III  born of this marriage. Nancy , divorced and with a child moved back home to Mirador.

By 1905, Nancy moved to England along with her sister Phyllis. There she met and married Waldorf Astor, a wealthy politician. Her father- in- law, gave them for a wedding present, a huge estate named Cliveden in Buckinghamshire overlooking  the river Thames. They also had a lovely home in London! Nancy decided to  get into politics when her father-in-law died, making her husband leave his position in the House of Commons  because he inherited his father’s title, 2nd Viscount Astor, which mandated his  taking a seat in the House of Lords. Lady Astor decided to run for election to fill her husband’s seat, and in 1919 became the first woman to be seated in that august body! Thus began an adventure that would have exhausted the best of us! 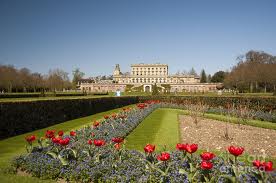 Lady and Lord Astor had five children between 1907 and 1918, then she joined the House of Commons. She was known for her witty, sarcastic responses, which sometimes brought her praise, but more often criticism!  As WWII approached, ,she was seen as a Nazi supporter, and she was until the war actually started, when she reverted to supporting her adopted country. She and Winston Churchill were often at odds, represented by this frequently repeated quote, “Winston, if I were married to you I’d put poison in your coffee”….”Nancy, if I were married to you I’d drink it.”  She said other things however, that I truly admire like “Real education should educate us out o f self into something far finer;  into a selflessness which links us with all humanity.”

You can learn more about Nancy Langhorne Astor in many reference books, and in many books.  One I particularly like is called Five Sisters: The Langhornes of Virginia, by James Fox. If you want to know more about these five young women , known for their beauty, who became models for the Gibson Girls, you would enjoy this book.

One thing I’d like for you to know  is that Lady Astor was someone my mother looked up to. Therefore, I grew up regarding her with awe as well. I grew  up in Richmond,Virginia. My mother worked  downtown, and being a history buff, she often walked us over to the Capital Building and Governor’s mansion. While learning other things about Virginia’s history, we never failed to walk to the place where a portrait of Lady Astor, Nancy Langhorne, was displayed.  Mother often repeated the stories of Lady Astor’s help in our family and her accomplishments on the world stage! I never met her, but my mother’s mother did.  Not only did she know her, my grandmother Kate’s  life was majorly affected by Lady Astor’s good graces!

Helen Spear Youngblood Holshouser, You are the daughter of Margaret Steptoe Kerse

My grandmother Kate Houchins’ mother Evelina or Evelyn Langhorne Houchins died in childbirth in 1900, at the young age of 34. She left behind six living children. It appears that their father deserted them, as within a year he was living out-of-state, married to another very young woman, and soon had two other children by her. Grandmother Kate was the oldest of her siblings at 16! The youngest was only three, Guy Maurice Houchins, b. 1897.  Grandpa Steptoe was blind with the family disease, and he and his wife felt too ill and old to take care of six children. After the Civil War, they were also land rich, but financially poor. Steptoe died in 1903. What was to become of these six children? In swoops Lady Astor, wealthy at this point, remembering childhood fun with her cousin Evelyn no doubt, and arranged everything! She set the 3 youngest boys up with a local family, Mrs. Tweat,paying room and board until they were old enough to go to boarding schools–military schools for all three boys except my Uncle Harry who was blind. He went to board with a neighbor,  the Joseph and Nora Hall family, with whom he’d been friends all his life.  My grandmother Kate was sent to live with a Langhorne cousin in Richmond,Virginia, while  her sister Julia married young to Frank Patterson Nichols Jr.  Lady Astor paid for their education as well, nursing school for Grandmother Kate, and law school /apprenticeship for Julia! Lady Astor made a direct mark and effect on our family, for good of course, and my family still remembers her generosity.

Nancy Witcher Langhorne of Virginia was an impressive woman! She had the personality that usually elicited strong feelings–love and admirtion, or hate! She was not one to be middle of the road.

I want to remind readers that we are having a Langhorne family reunion in the Meadows of Dan, Virginia, August 1-3, 2014. Please get in touch with me if you want to participate. helenholshouser@gmail.com I would love to see  you there! Helen