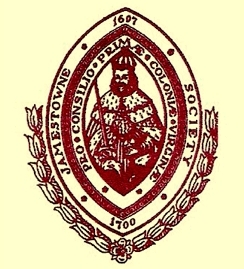 Correction and Update, April 24, 2018. Upon researching more thoroughly I discovered that I had made a mistake in my research for this blog post. As it turns out, Nicholas Martiau is not my 9th Great-Grandfather.  I can only apologize and set the record straight for those who used this blog post as evidence for their own relationship to Nicholas Martiau.  As it turns out, while Nicholas Martiau’s daughter Mary Jane Martiau, 1631-1701 did marry my 8th great-grandfather, John Scarsbrook, b. 1627.  they only had two daughters together.  My ancestor John Scarsbrook born  1676, was the son of John Scarsbrook, 1627, and his second wife Elizabeth, unknown maiden name. (Note: 1. 1679: Mrs. Elizabeth BUSHROD wrote her will. She names Elizabeth, wife of Col. John SCARSBROOK.
2.  1679, 18 Apr: John SCASBROOK of York Co. wrote his will. He named his two oldest daughters Jane DUKE and Elizabeth CONDON executrices and directs that anything recovered from Mrs. BUSHROD’s estate be divided among his four minor children, Martha, Mary, Hannah and John SCASBROOK. )  Even though Nicholas Martiau may not be my direct ancestor, he is an important figure in American history, and I am pleased to have learned about him.  The rest of the history included in this post about Martiau is correct, only our relationship was incorrect.

In working on my genealogy of ancestors from the Jamestown Colony, I learned of a man named Nicholas Martiau, 1591-1657, who holds a strong place in American and Virginia history! He was a French Huguenot, a military engineer appointed by King James I (King James VI of Scotland) of England, at the express petition and sponsorship of the Earl of Huntington, to come to America and help build the fort at Yorktown, Virginia. He served as a Burgess from Jamestown in 1623. Many, many stories are written about Nicholas Martiau on ancestry.com, some of which contradict each other, unfortunately. However, between these and the scholarly works like that of John Baer Stoudt’s book entitled Nicolas Martiau–Adventurous Huguenot, certain facts emerge.

Nicholas was born in 1591 on the Ile de Re, France, and raised a French Huguenot who learned to speak English by reading the Bible. Due to the religious persecution of Huguenots, his family escaped to England where he was naturalized English and was registered in a Huguenot church there. He left England and sailed for Virginia on the ship Francis Bona Ventura (sometimes seen as Francis Bonadventure) arriving in June 1620. His construction of a fence or palisade around the Jamestown Fort helped the settlers survive an Indian uprising in 1622. He was also instrumental in constructing the palisades at Yorktown, Fort Story, and Old Point Comfort, Fort Monroe. He can be seen in the first census taken in Jamestown in 1624 and was elected to the House of Burgesses from the colony. Later he served as a Burgess from Elizabeth City, Yorktown, and the Isle of Kent.  Nicholas also served as a Justice for the early court system of Virginia–with court sometimes being held in his home.

Nicholas received land patents for bringing people over from England, and later as rewards for his work.  He settled on a 1300 acre plantation on the York River. His home apparently sat on a bluff overlooking a curve in the York River where it connects with the Chesapeake Bay.  What a beautiful place to live that must have been! Nicholas did not live to see his land become the modern-day site of Yorktown, Virginia, but his grandson donated or sold, depending on the report, 50 acres of land for the original site of that vibrant town in 1691.  The town’s creation established Yorktown as the principal location for shipping and receiving tobacco, and other goods via the port.  Wharves, warehouses, and other business buildings were established at the riverfront. In 1931, a monument was dedicated to Nicholas Martiau by the Martiau-Washington Memorial Association commemorating his accomplishments and his illustrious descendants like George Washington; Governor of Virginia, Thomas Nelson;  and Confederate Commander Robert E Lee.  An eleven-foot tall slab of Vermont granite, the monument sits on Ballard Street in Yorktown near where Martiau made his first home upon arrival in Virginia. 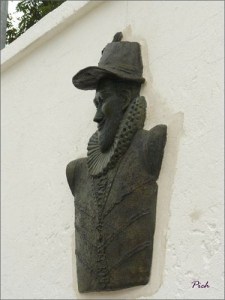 We know that Nicholas was married three times. unfortunately, the name of his first wife and perhaps even two children are not recorded or at least have not been discovered at this writing. They are recorded as having arrived after him on  a separate ship. It is assumed that they died soon after arriving as did so many settlers.  In 1625, Nicholas married Jane Page Berkeley, the widow of a prominent man named Lt. Edward Berkeley–marrying her increased his social status.  Together they had a son Nicholas who died without children as well as a son Richard who died at age ten. Their three daughters, however, grew to adulthood and made great matches leading to the founding of many prominent Virginia families. His will can be found in the Virginia State Library in Richmond, Virginia and names his three daughters as Elizabeth,b. 1625 who married George Reade and leads to George Washington;  Sarah, b. 1629 who marries Capt. William Fuller; and Mary Jane, my own 8th great-grandmother who marries my 8th great-grandfather (convenient) John Scarsbrook. Nicholas marries a third time after Jane Berkeley’s death to Isabella, the widow of both Capt. Robert Felgate and George Beech with no children from this marriage.

Less you think Nicholas was a mild-mannered man, I’ll share one story that tells us more about his character. In 1635, Nicholas was a leader in a revolt against the tyranny of Royal Governor, Sir John Harvey. This was the first revolt against British authority in Virginia.  For his efforts, he was arrested and confined –but only for a brief while as Governor Harvey was deposed and Martiau released! He was a strong patriot, and it is interesting that his daughter Mary Jane married John Scarsbrook who was a leader in the Bacon rebellion!

Nicholas is credited as the earliest American ancestor of President George Washington.  We can see the relationship in this descendancy chart:

is your 3rd great-grandson

In  St. Martin de Re, France, where Nicholas Martiau was born, in a garden behind the Ernest Cognacq Museum, there is a statue of George Washington, with the base of the monument featuring  a crest representing Martiau and his relationship to George Washington–dedicated by the American ambassador to France in 2007!

Another caveat of being a descendant of Nicholas Martiau is that it qualifies them to join several “historical” organizations. One is “First Families of Virginia”, because Martiau arrived before the first census was taken in 1624.  His living in Jamestown qualifies his descendants for membership in the Jamestown Society also. Another important group to preserve our ancestor’s history is the “Nicolas Martiau Descendant Association”.  If I were going to join these groups however, my favorite I believe would be to belong to the august group of women with ancestors dating to early colonial Virginia called the “Grand Dames of Virginia”!
Here’s wishing you the most fun as you trace your own family tree! Helen
After writing this blog post, in May, 2014, my daughter Ali Holshouser Orcutt and her husband Greg Orcutt took their children to Yorktown where Greg took this picture of the plaque in Yorktown, Va. honoring Nicholas Martiau.