Robert Hogg was my fifth great-grandfather, through my paternal line. His story is very adventurous as told in The Genealogy of the Jackson Family prepared by the Rev. Hugh Parks Jackson with assistance from the Rev. Hugh Hogue Thompson, DD, and James R. Jackson, Esq., published in 1890. This book is available in its entirety in the card catalog on ancestry.com. Robert Hogg’s son Robert Fulton Hogue grew up to marry Mary Jackson, cousin of Andrew Jackson, and thus the inclusion in the Jackson genealogy.

This is the story of Robert Hogg as told in chapter one of the Jackson story, by Hugh Hogue Thompson, D.D. in 1890: (note: Covenanters were Scottish men and women who refused to renounce their personal covenant with God and go back to the Catholic Church. They were willing to fight and die for their right to worship freely.)

“The Hogues were of Scotch origin. Their Scottish name was Hogg. The name was changed after they reached America, under the impression that was the American pronunciation.They resided in the highlands of Scotland and belonged to that sturdy race of Scotch Covenanters who were made to feel the iron hand of persecution in the days of Bloody Mary. The family of which our great-grandfather was one, consisted of nine brothers, all of whom resided in the same neighborhood, and were identified with the covenanters.  On a certain occasion they, together with many of their friends, were assembled for worship in one of the glens of the mountains, and were surprised by a company of the persecutors. They fled from the presence of their foe, and hid themselves in the mountains. This was the last meeting of these brothers. They were never permitted to reunite in this world. Robert, our immediate ancestor, secreted himself for a time, and after enduring much suffering and many privations, succeeded in getting word to his wife and child, and after many delays and disappointments, disposed of his property, reached a seaport and took ship for America, and after a tedious and perilous passage landed in Philadelphia about the year 1755. The other brothers remained in Scotland. We have no trace of their descendants further than, we learn that the author of “Hogg’s Tales of the Persecuted Covenanters” was a descendant of one of these brothers, and the Rev. Dr. Hogg of the Egyptian Mission, was a descendant of another brother.

Robert Hogg after reaching Philadelphia, only lived about two weeks, leaving his wife and child, three years old (who was named Robert) in a strange land, and among strangers. His widow with her child, soon made their way out to Chester County, Pennsylvania where she procured a farm with  money brought from Scotland.  She subsequently married a Mr. Patterson by whom she had several children. …In 1780, Robert Fulton Hogue (the son) married Mary Jackson.”

When I started researching my Hogue family line, this is pretty much all I knew, except of course that my brother and  father carried the Hogue name as middle names, and that my paternal grandmother had been Helen Blanche Hogue daughter of Robert Fulton Hogue. This is my and my brother’s decendancy chart: 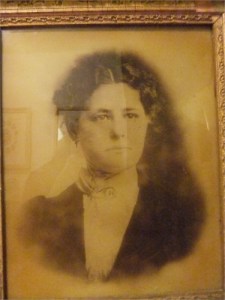 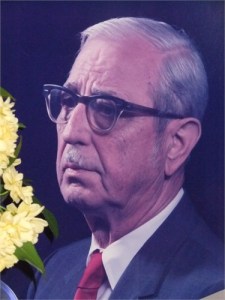