Unfortunately, it does seem that reputation matters. I say unfortunately because I have just enough “flower child” in me to want to say “Let it all hang out!” “Do what you want!” “Live for today, for the moment!” I did come of age in the sixties! Lol

However, I also went to church, and was raised by a Catholic mother. I was very responsible,  and worked early on– age 15 as a candy striper—helping sick people, ages 16-23 as a lifeguard–where my reputation as vigilant, an excellent swimmer, and observant of details meant a job for me! In high school no less, I was very cognizant of my reputation! I served as President of a couple of clubs—including the Future Teachers of America, and the Photography Club…and my teachers were proud of me, so I minded my reputation.

But, that got tiresome…always doing what others expected! So…when I went off to college—out of state where nobody knew me, and Mom and Dad were far away….I decided to hell with reputation!  I decided my freshman year, age 18, to throw caution to the wind! I chose not to join any clubs, not to be an officer anywhere, anyhow! I ran, played, dated, danced, cut classes and had a blast! Oh yes, and I almost flunked right out of college by my sophomore year! I was doing at age 18 and 19, what I should have done at ages 15 and 16—rebelling against the “system”!  I’d gotten it backwards! LOL 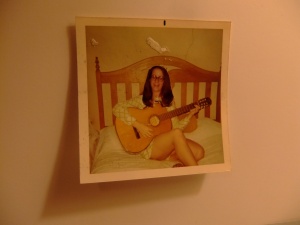 When I was told by the registrar, that I couldn’t come back my junior year unless I went to summer school and got two “A’s, I was shocked! I had partied myself into quite a pickle! After crying hysterically for an hour or so, I had to figure out what I was going to do. My parents were on the way to pick me up, and they were not going to be happy! Oh,my Dad wouldn’t care—he’d just say “I told you so—told you girls should be barefoot and pregnant—not in college!” No way was I going to let that happen! So, I dried my eyes, and called my favorite Aunt—who happened to have no children of her own—I needed her to adopt me at the moment! And she saved my college career and future! She gave me money for summer school—and I earned those two “A’s” by damn! That was my wakeup call! I vowed to myself I’d get serious…and pretty much, I did! In two more years, I graduated, and started teaching emotionally disturbed children. I married and had a child by age 25. By 28 I was in graduate school and getting straight “A’s”—me! Nobody was more surprised! I remember deciding, within myself, that I would have a reputation of dependability. That I would be the professional people needed me to be, after all, I had become a family therapist—I had to earn and deserve my clients’ trust! And I did! I’m not saying I never made a mistake…surely I did. But I tried very hard to be trustworthy and good at what I did—I studied, researched, lectured…it was great. And I hope I helped people, I believe I did—was told I did. I won some acknowledgement from my peers that I was doing a good job–plaques that symbolized awards and achievements. I was elected president of PTA’s and VP of the Mental Health Association, was made an elder in my church—and yes, it seemed that my good reputation was intact! I intended to work forever…I loved my life! 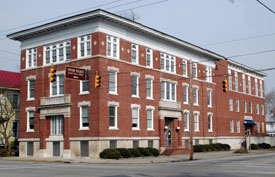 Then I got sick….like wham! I began to faint before I could get around the grocery store.  I would feel faint as I headed out the door to take my daughter to school and go to work! I chalked it up to blood sugar issues and ignored it! I was a mild diabetic, but rarely had trouble. I would eat better I swore! And…I would test my blood sugar more regularly…just as soon as I could find where I put that darn little machine!

Unfortunately, in a matter of a couple of weeks, it got so bad, I couldn’t ignore it—so on the way home from work one night—I pulled into an urgent care center. The doctor heard me out, hooked me up to an EKG machine…and that ended my life as I knew it! When he said I had to go right to the hospital, that I couldn’t drive the five minutes home to pack a bag or get my husband, that he was calling an ambulance because I was having a heart attack, well—I was in complete denial! I looked at him with my mouth falling open—and said “You’ve got to be kidding!” 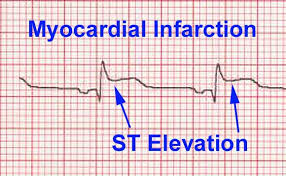 This is an example, not my personal EKG

The news just kept on getting worse—I was to be air flighted to Duke Hospital—a couple hours away and one of the big guns of hospitals! “You’ve got to be kidding!”—I was very erudite! I was also only 50 years old! My youngest was a senior in high school—going to college next year—I could not be sick! But I was!

The reputation I’d worked so hard to build…dissolved in front of my eyes! I became instead of a vibrant lecturer and therapist– a sick person! I was in and out of the hospital for a year, and diagnosed with inoperable, stage four, coronary artery disease! They said I’d only live about five years without a heart transplant! I couldn’t do it! I couldn’t stand the thought that I would live because someone else had died! No way! The week they told me that I needed a transplant, a man in my church–eight years my junior, father of three young children, and soccer coach had died suddenly of a heart attack! Would it be right, fair, for me to live, and him to die!? I had to say no. I knew all the psychological ramifications and meanings that went with that decision…but there it was.

As it turns out, I was allowed to have some experimental surgery at Duke…open heart, where they shot 18 laser holes in my heart—in hopes of creating new channels to carry oxygen around my heart—kind of like creating new blood vessels! A few years after having that surgery, called TMR or Transmyocardial Revascularization…the researchers said it was not helpful..hadn’t done what they’d hoped, and they stopped performing the procedure. I expected to die. But hey…I didn’t! 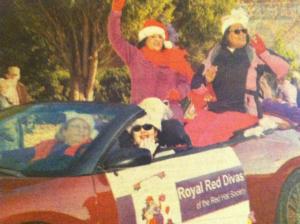 For a long time I wouldn’t go to church. Church had always been a place I liked…but I couldn’t stand to be seen as that old lady in the wheelchair with the heart condition!  I didn’t want that reputation! Recently however, I joined a church with my husband. It was a major milestone regarding my self-esteem. I knew some people would look at me and think…that old lady in the wheelchair. But I knew better—I was a heart patient with chronic disease yes, but I was so much more! My red hat sisters had taught me I could still have fun—be silly—laugh and love life! My facebook friends, and my ancestry.com fellow researchers challenged me intellectually and gave me love! My family, oh my family…they all deserve medals! They loved me, sacrificed for me, supported me…and allowed me to grow into a different, but happy and productive person. Thank you!

I’m alive, I’m thrilled—reputation—who needs it—it only leads to judgments, from self and others, and I just want to live and enjoy each moment! So it seems I’ve come full circle–from believing reputation is important–to being relieved it is no more! I acknowledge that young people have to mind their reputation, to be respected professionally and personally. Well…would you look at that…one of the major blessings and freedoms of growing older–no one to answer to but yourself! Helen    (this article was written in response to Day 16 assignment from the Zero to Hero Challenge–http://dailypost.wordpress.com/zero-to-hero/#16)