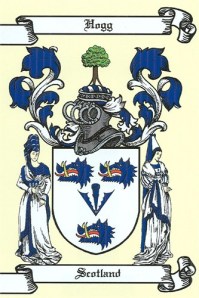 Robert Fulton Hogue was my fourth great-grandfather. He was the first Hogg/Hogue in our family line to come to America and grow up here. His story intrigues me, because he had a very rough beginning in life, yet grew up to establish an incredibly intelligent and hard working  line of descendants who cover the USA from shore to shore! Thanks to DNA testing through ancestry.com, I have now met some of those Hogue cousins, and we are working together to try to identify Robert’s correct ancestral line in Scotland! It is fun and has added a layer of joy and family to my life that I never expected!

According to the “Genealogy of the Jackson Family “ by the Rev. Hugh Parks Jackson, assisted by Rev. Hugh Hogue Thompson and James R. Jackson, (available in total through the card catalog at ancestry.com) Robert came to America as a three-year old, only child of Robert Hogg and his wife. We have yet to solve the puzzle of whether his mother was Mary McNair as named in some family records or Margaret Wilson according to others—we are working on that! 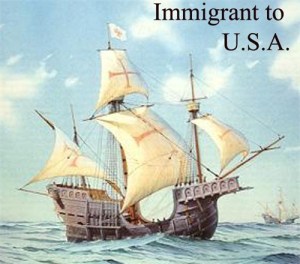 We are told in our family history, that  Robert Hogg the father, born about 1725 in Scotland, was a Covenanter. A Covenanter was basically a Protestant—generally a Presbyterian, who was willing to fight the Catholic rulers for their right to worship according to their own “covenant” with God. Most of the fighting took place in the 1600’s, but we are told Robert last saw his eight brothers while hiding out in the highlands of Scotland where they were  worshiping one Sunday morning when the soldiers attacked! After hiding for days or weeks, Robert made his way back to his wife and son, and they boarded a ship and sailed to America! Sadly, Robert Sr. was in a weakened state already and we are told he died two weeks after landing in Philadelphia, Pa. His young wife took the money they had brought with them, and made her way to Chester, Pennsylvania where she bought some property, remarried, and established a home for her son. It was about this time when the name was changed from Hogg to Hogue, reportedly thinking that would facilitate the more correct pronunciation of the name.  What a remarkably strong, courageous woman she must have been! All we know is that she remarried a “Mr. Patterson” , and that they raised a large family before his untimely young death, leaving our Robert Fulton to help raise his younger half brothers and sisters! We do have this wonderful picture of Robert Fulton’s and Mary Jackson’s son Hugh’s family farm in Pennsylvania– 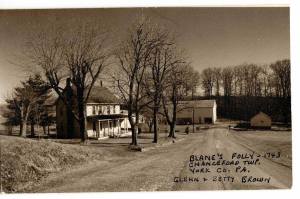 Robert Fulton married Mary Jackson, first cousin to President Andrew Jackson, in 1780 (when he was 37 years old, she was 26). They had ten children together, and forty-eight grandchildren! Mary died in childbirth in 1800. In 1814, Robert Fulton moved to Belmont, Ohio with his children and some of his half siblings. He died there in 1824, where we just recently discovered his gravestone giving us his correct birth date! He is buried in the cemetery at Taggart”s Presbyterian Church along with many others in his family.

There is so much more to this family story, and I will try to add more as time goes on and as we uncover more facts. We are told in several sources that Robert was highly respected and liked. One thing I have learned in our groups’ multitudinous research… is that those Hoggs/Hogues/Hoges were smart individuals! Some of them came from wealth, but they worked hard and became ministers, professors, great planters and merchants! It has been amazing to discover the varied life pursuits. Through DNA testing also, we have learned that we are kin to other lines of Hoges/Hoggs/Hogues in our country to whom  we previously did not know whether or not we were related.  We have to find our connection to our Scottish line to understand our kinship. We have a very talented Scottish genealogist working with us now, Laird Douglas Moncrieff, and together I am sure we will find our elusive line!

If you’d like to join our research group, just let me know. If you want to know more, let me know that also. In our group we have people from California, Wisconsin, Connecticut, Colorado, Virginia, North Carolina, and Florida…and I am sure I am missing some places! When you look at Robert Fulton and Mary Jackson’s  ten children, in our group are descendants from four of them! Five months ago, I knew about 10 of my Hogue relatives, now I know of hundreds! What a joy!

Here’s wishing you well in your own family searches, its worth it! Helen