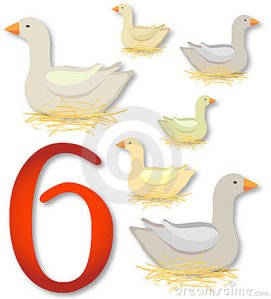 Geese a laying….laying their young….laying the next generation…six generations, how about six times six generations! ! am an amateur genealogist– I love learning about my ancestors. I think it gives me a sense of place in the universe or something! It’s very humbling and gratifying to look at the lives of the people who had a part in creating you…to begin to see the continuity, the genetic effects, to learn the stories, the champions and the tragedies.

I came by this fascination thanks to ancestry.com. (no kickback from them) A few years ago, I signed on for a free trial, LOL, and have been giving them my money ever since! My goal was to learn about a little known branch of my family and make a chart as a gift for my soon to be 90-year-old aunt! She was my last surviving aunt of my mother’s family and I wanted to do something special for her. Little did I know what a gift I was giving myself!

I loved the experience! “Look…look what I found!”, became an excited whoop that my family began to run away from! LOL Disabled with heart disease, no longer able to drive, my old life had disappeared, but here was a new one! The most incredible thing I learned, was not only that I’d find out a lot about the past, but that I’d meet a ton of cousins in the present! Cousins! All over the country and the world! Because the way ancestry works, among other things is that you share research if you’d like, and people can learn from you and you from them! Then it dawns on you….who is that person (there is always a paper trail) who is viewing or “sharing” the information I just posted to my own family tree?!  Like that picture of Aunt Janey Bell I just posted…3 people have picked it up already!? Why? Follow the paper trail and you might find a lot of interesting things! You might find a cousin, say a fourth cousin who is researching this family line as well. A fourth cousin means we share the same third grandparent! Thank heavens, ancestry.com has a computer program to tell you how you are related! You  may be surprised, but I now consider a fourth cousin to be of close kinship! I have gotten to know many wonderful people who are fifth, sixth, and higher cousins! It is fascinating! To find where they live, what they know about your great-aunt, or second great-grandfather that you haven’t learned yet! Recently, I’ve pulled together a group of cousins descended from a Scottish branch of my family, the Hogues, and we have been trying to help each other break through a brick wall in our family tree! A “brick wall” refers to a blockage, in this case, we cannot trace this family back to its Scottish roots exactly, because the first settler who came to America died within two weeks leaving an infant child to give rise to hundreds, thousands of us now alive and kin to each other!

Several of us have taken the DNA tests lately…and by getting to know each other, and sharing research, you’d think we’d have found that path very easily! Wrong! We know we are now kin to earlier people in Scotland with that name. We even know we are kin to other branches in the USA! But we still can’t find that one or two elusive generations, the parents of our first immigrant, so that we can connect the dots! But we will, and we’ve become great friends working together this last three months! We have cousins from California, Wisconsin, Colorado, Connecticut, Massachusetts, Virginia, North Carolina, Florida, and even the United Kingdom! It is amazing!

In exploring other family trees with my own ancestors in them, like I said, I have met wonderfully talented researchers, most of whom are cousins! One family tree owner invited me to a page on Facebook that she had helped create, not only for our kin, but for anyone with ancestors or relatives in the mountains of Southwest Virginia…like Patrick County, Floyd, and Franklin! Last summer, I went to a family reunion there and met a loving family I never knew existed before! It seems like a miracle. As it turns out, families often married within their own neighborhoods and churches back in the early years of our country…how could they do otherwise…so I am actually kin to almost everyone on that facebook page which is like over 400 people and growing everyday! Since we visit, talk, and share research almost every day on this facebook page…oh my gracious, how my family has increased! Talk about a gift from God….”when He closes a door, He opens a window” comes to mind! The door to my going and coming to work, volunteering, etc. might have closed, but look at the blessings I’ve found out the window!

So…Six Geese a Laying…I consider that an almost Holy task…the gift of creating family…the gift of generations! This year, 2013, it just so happens that the sixth day of Christmas falls on New Year’s Eve, what a great night to look back at the generations who came before us…who helped shape us.

Six geese a laying…six generations…six times six generations and more! Here’s one chart showing my 38th grandfather! Oh, my 36th is there also, but this is a famous ancestor to share with you on New Year’s Eve!

is your 38th great-grandfather

son of Louis I “The Pious” King of Aquitaine, Emperor of the Holy Roman Empire

son of JUDITH, Queen of England,Princess of FRANCE

son of BALDWIN II, The Bald, Count of FLANDERS

son of Arnulf I Great Count of Flanders

son of Gauthier I DeBrienne

son of Erard I DeBrienne

son of Erard the II DeBrienne

son of Jean (King of Jerusalem)Emperor of Constantinoble De Brienne

You are the daughter of Margaret Steptoe Kerse –

In 2014 if I’m diligent, if I have help from my family, we’ll find the sixth great Scottish grandfather of my newborn baby granddaughter, and the Irish one, and the Italian one, and the German one, and the French one! Happy New Year my friends and family, here’s hoping you find a joyful, rewarding pursuit of your own this year, many of you have already!

Thank you God for this surprising gift of family through a new hobby!